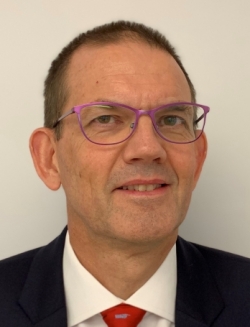 Erik is currently working as a special advisor in the Danish Maritime Authority (DMA) Department for Maritime Regulation and Legal Affairs (MRJ). His main responsibilities are facilitation and regulation of maritime autonomous surface ships (MASS), maritime cyber-risk management and safety regulations for passenger ships. He is the desk officer for IMO and EU work with regard to load line, ship stability, MASS and MODUs. Additionally, he works on NATO civil preparedness issues for the maritime transport sector, as well as non-proliferation (PSI) questions, as well as ship security (ISPS) issues. His core skills are centered on IMO, EU, NATO and RO regulations. From this follows active participation in the EU legislation process, and he is the Danish national representative (head of delegation) to the IMO SDC subcommittee. He also participates in the work at IMO relating to goal-based standards, cybersecurity and ISPS. He has represented Denmark in the EU Council Transport Working Party, the Committee on Safety at Sea (COSS) and the EU Maritime Security Committee (MARSEC). Erik also participates in the NATO Transport Group, Ocean Shipping. For three years Erik was part of the management team of the Centre for Ships, which is responsible for all DMA survey and plan approval activities. Before rejoining the DMA in 2007, he was senior surveyor in charge of statutory plan approval with Lloyd’s Register (LR) in Copenhagen. Erik joined LR from the DMA, where he has worked as a ship surveyor for 10 years, and has been responsible for the DMA’s relationships with the classification societies, including monitoring of the same. Erik has done tenure with the 'political' arm of the DMA and has been an investigator in the marine accident investigation branch of the DMA for almost four years. Erik is originally a naval architect, graduating from the Technical University of Denmark (DTU) as an MSc (Eng) in 1986.

Regulatory development on MASS, as seen from a Flag State perspective

The presentation will take stock of where we are on regulation for MASS at IMO, and look at where we are headed and what might be expected during the coming years. Additionally, the ‘DMA way’ of approving ships for MASS operations in Danish domestic waters will be presented.