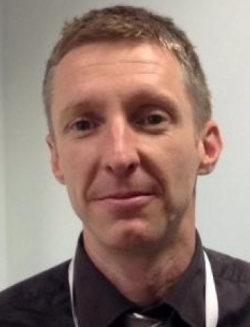 Stephen joined Shell in 1995 as an engineer cadet and progressed through the marine engineering ranks until his eventual promotion to chief engineer in 2005 sailing on a variety of vessels for several LNG projects. He commenced a permanent office position as an engineer superintendent in 2005 working within the NLNG operations team. In 2008 he transferred to Japan as part of a remote team managing the BLNG LNG carriers, before transferring with the operation to Brunei in 2011. As an engineer superintendent he was responsible for the safe and efficient operation of his designated ships, and routine and non-routine repairs. A large proportion of his time was spent managing LNG carrier refits and life extension campaigns. Stephen returned to London in 2012 as an FLNG project manager. This led to a posting to the Netherlands where, as the hull technical manager, he delivered a competitive dual FEED hull scope of work package. Since 2016 he has been manager, innovation and technology implementation, responsible for the maturation of new technologies and innovative solutions that enhance safety, reduce shipping emissions and deliver value for Shell and the wider shipping industry. He holds an MSc in Project Management, Class I Steam COC, Class IV Motor COC, NVQ Level 3 and 4 Marine and Mechanical Engineering Qualifications and an HND in Mechanical Engineering.

The presentation will discuss how autonomy supports shipping decarbonization and plays a part in delivering the IMO 2050 ambition and the further ambition of zero-emissions vessels.