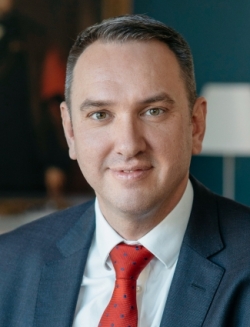 Richard joined the British Ports Association in 2007 and became the chief executive in 2016. He represents the BPA in a number of industry bodies and is a member of a wide range of government stakeholder groups and European committees. Richard has in-depth expertise in ports, transport and environmental policy matters as well as wide experience of the legislative process around the UK. He is a director of Maritime UK and was previously a director of Port Skills and Safety. Before joining the BPA he spent five years at a Westminster political consultancy and was previously an MP’s researcher in the House of Commons.

Exploring the implications of autonomous shipping for UK ports

This presentation will review the submissions to last year’s consultation exercise in which the British Ports Association invited evidence from a cross-section of maritime sector organizations in relation to issues related to ports and harbors moving forward into autonomous maritime operations.